First, I think it would make an excellent short-range defensive rifle. With only slightly less velocity and projectile weight than the 5.56, the TCM seems like a more efficient cartridge for a 16" barrel. I personally believe that the 5.56 fired from a barrel shorter than 20" gives sub-optimal ballistic performance. There is a lot of wasted powder and that causes unnecessary flash and noise. I am in MA and cannot have a flash hider or suppressor, so both of these factors are significant.

Second, I live in Boston, where very few people have shot a firearm before, but I have many friends that are interested in trying it. I'd like to build a rifle that has less recoil than my 7.62s and a less intimidating sound signature than my 5.56s. This is especially important because all public ranges in my area are indoors. Introducing people to shooting in an uber-liberal city is fun and can be rewarding if done right!

Lastly, after the great 22 LR shortage, I became interested in replacing my rimfires with a centerfire cartridge that is fast, simple and cheap to reload and is more reliable and capable than the 22 LR. Using brass formed from once-fired LC 5.56 from Sleeping Giant Brass and bulk Armscor projectiles, I think I can load each round of TCM for under 13 cents, which will allow for range trips with friends and cheap practice for myself.

I decided to build my carbine on the AR platform because it has been done before. It will feed from PPS 43 mags, unmodified with the exception of slightly parted feed lips. I have bought a PPS 43 mag adapter and a TCM barrel with a pistol-length gas system from the Heavy Metal Man, also known as the AR Guy. He started off building 7.62 TOK uppers and has since branched out into other calibers and builds DI and blowback uppers.

Since the PPS 43 mag does not allow for the bolt to hold open after firing the last round, I chose the relatively inexpensive Bear Creek Arsenal side-charging upper and BCG. I think a standard AR charging handle would be less than ideal if it had to be pulled after every mag. It was designed to be used in tandem with the bolt-hold-open feature.

I used a Faxon free float rail just because I had one lying around from a previous project.

Heavy Metal Man offered to build my upper and test-fire it for an additional $40. While I enjoy working on projects like this and have fun solving the challenges posed by a non-standard cartridge, I will be shipping off to Ft Jackson for Basic Training In Feb, and want to take this thing to the range at least once before leaving.

I'll post pictures once I receive the upper. In the meantime, I'd love to get some pet rifle loads from you guys so I can load a few rounds up.

The only powder I have on hand is Ramshot TAC. I'd like to use it if possible, but am open to buying other powders if necessary. I'm especially interested in CFE BLK.

I plan to try again after I get my new mag setup ironed out. It's really not high on my list though because Im shooting reloads so accurately there is no point in buying anymore factory ammo.

I’ve made some pretty good progress on my build. I got a barrel and PPS43 mag adapter from The AR Guy (AKA Heavy Metal Man). I got it shooting reliably with a BCA side-charging upper without much effort, but I decided to repurpose that upper for a 7.62x39 lower that takes AK mags. That’s another story...

Anyway, I rebuilt it this weekusing a Keiser hybrid polymer upper that I had laying around. They suck, lots of fitting required and no customer service, but they’re light and I had two lying around, so whatever. I had to file down the rear receiver mounting point because it wasn’t even close to fitting a milspec lower. I also had to do lots of work to get an ejection port cover installed. Don’t buy from Keiser.

I still need to inlet the upper for the tabs on the sides of the handguard so it can fit correctly, but at least it’s on there. I currently have the upper on my DMR lower with a Magpul fixed stock. But I’m planning to SBR another lower I have so I can cut the barrel down to about 8” and keep this as a handy little defensive rifle. 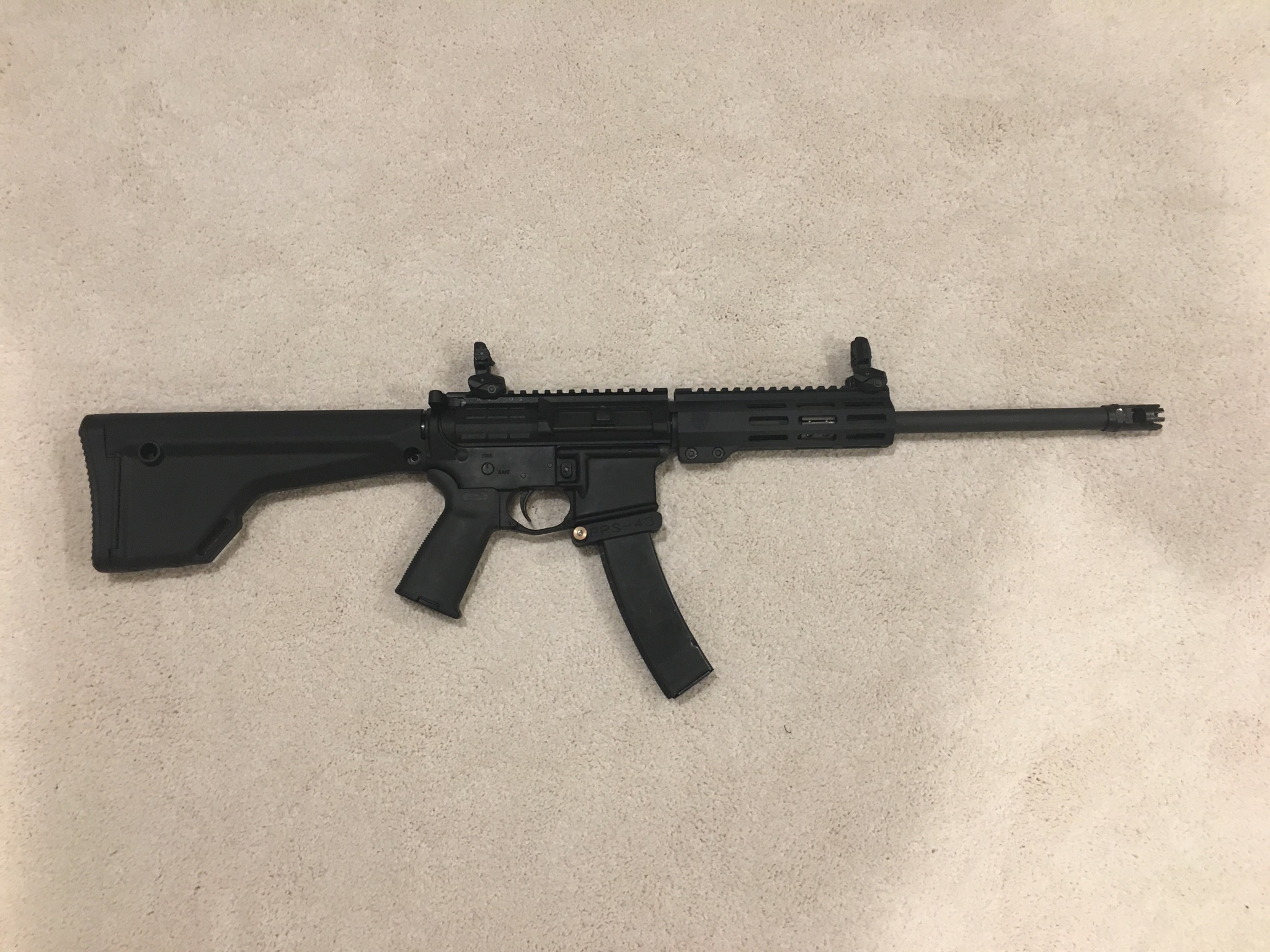 I have mags on the way that are modified for bolt hold-open function and am also thinking to put an Adams Arms piston kit on the upper just cause I already have one of their low-mass carriers and don’t like cleaning after every outing.

I’ll post updates once it’s in its final form.

Missed this Page - Almost wrote it off as a lost […]

Thanks for the posts. I have noticed that "ph[…]

Finally got my conversion "back" yesterd[…]

My first rifle was bad,I tried everything nothing […]

You'd be able to shoot it without scaring everyone[…]

Heads turn fast enough to cause whiplash when you […]

Good to hear that your rifle is shooting decently.[…]

Pretty certain it all burned. I use a Magnetospeed[…]

Hello, I know this post is very old, but this que[…]

Hey guys, I’ve made some pretty good progress on […]

As long as you got dies it will work. Brass is e[…]

22TCM.net is built to support a user based group dedicated to the continued interest and development of the 22 TCM cartridge and arms that support it.